A deep-dive into user stories

If you find yourself in the midst of an agile software development project, you’ll likely hear the word user story often. Our goal with this post is to clarify what they are and why they are important and share some of our thoughts as to how we can help projects run more smoothly by mastering the art of user stories.

But first, What is a user story?

One of the common definitions of a user story is: In software development and product management, a user story is an informal, natural language description of features of a software system. The concept of user stories originated in the late 1990s, but it’s in 2001 that Ron Jeffries (one of the three founders of Extreme Programming software development methodology) proposes a “Three Cs” for user story creation. These are still relevant today when writing user stories.

What format should a user story be?

One way that you can format user stories is with the Connextra user story format. It’s a template you can choose to follow to get you started. It needs to answer the following: Who / What / Why?

For example: As a role I want feature that benefit. This is an effective way to answer those questions.

What are characteristics of a good user story?

Bill Wake (consultant in software development) came up with INVEST in 2003.

What if user stories are not applicable?

Say you’re working on an app/site/software that doesn’t have any user roles. We just have users. What value does a user story bring? We already know who. We recommend trying job stories. 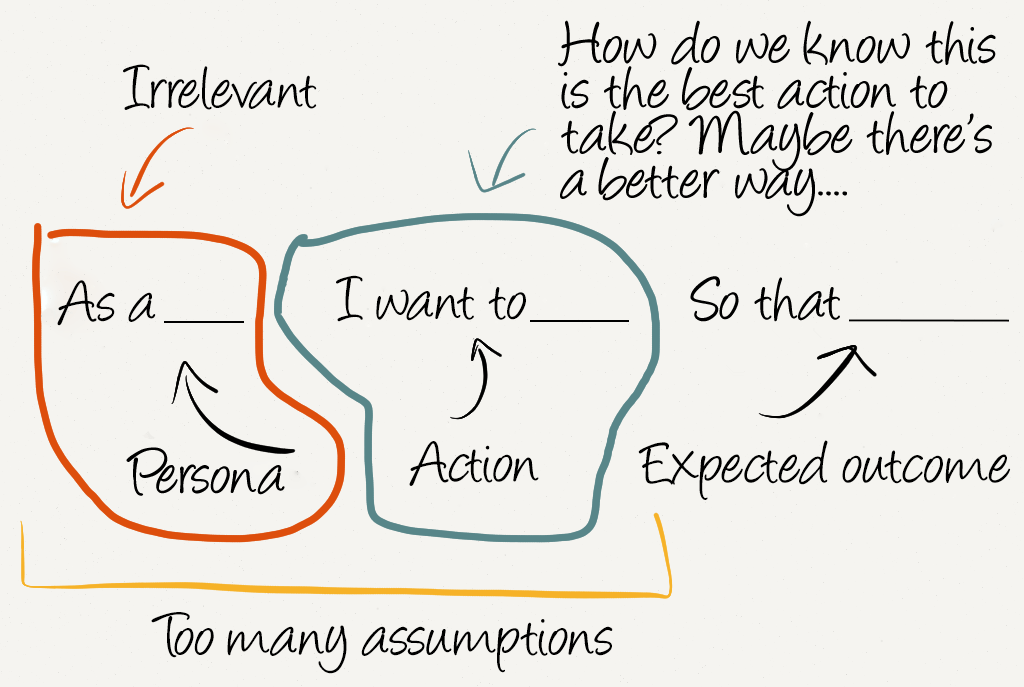 Turns out all user stories can be rewritten as job stories and vice versa.

User stories are short, simple descriptions of how a feature will be used. They are written in an informal, natural language, from a user’s perspective. It reflects their need and the goal they intend to achieve by using your feature.

It is a small piece of work worth a certain value to the end user that can be built by the development team during the sprint. It describes what a user wants, who the user is, and why they want it. (it does not have to follow the Connextra format! - As a role I want feature so that benefit)

A story is not a contract. A story is an invitation to a conversation. The story captures the essence of what is desired.

If a user story doesn’t make sense, use something else. Other examples are a job story or FDD’s features.

Want to learn more? You can take a look at our acceptance criteria blog post.

You have a project and need some help? Contact us.